Login or Sign Up
Dr. Chandni Sengupta, Historian and Author 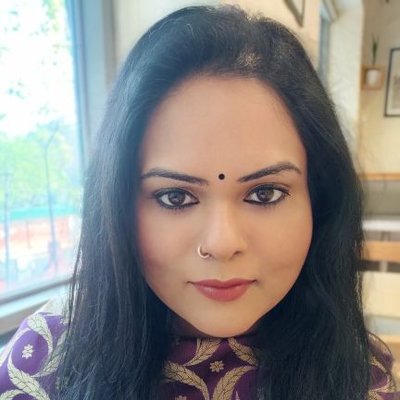 Dr. Chandni Sengupta is a Historian and Author. She is the author of the book Reclaiming Hindu Temples: Episodes from an Oppressive Era, published by Garuda Prakashan, Gurugram, Haryana. 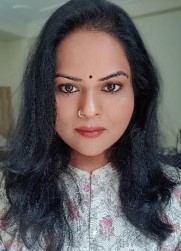 Dr. Chandni Sengupta worked as Assistant Professor, Amity School of Liberal Arts, Amity University Haryana from 2015-2020 where she developed the curriculum for the BA (Hons) History program. She also headed the Events and Cultural Committee of the School of Liberal Arts. She was the Lead Anchor/Emcee for all major events organized at the university. In her professional career spanning over a decade, she has also worked with two leading non-governmental organizations in New Delhi- Indian National Trust for Art and Cultural Heritage and The Energy and Resources Institute. She was associated with Public Policy Research Centre, New Delhi as Senior Research Fellow. Dr. Chandni Sengupta was a Subject Matter Expert with UpGrad Education, Mumbai, in 2020-21 and developed a MA History course titled History of India from 1757-1857.
She has a number of academic publications in national and international journals to her credit in the field of history, Indian philosophy, religious institutions, culture, heritage, cinema, and gender studies. She is a regular contributor to numerous online blogs and magazines, and her articles have been well received by readers across the country.
Dr. Chandni Sengupta has participated in many national and international Conferences, Seminars, Faculty Development Programmes, and Workshops. She has also been a Guest Speaker at many conclaves.

Dr. Chandni Sengupta was born in New Delhi. She completed her schooling at Summer Fields School, Kailash Colony, New Delhi. She was a meritorious student and received many scholarships in school while pursuing her Masters. She was also part of many cultural clubs and was actively involved in painting and other extra-curricular activities in school. She also dabbled in Bharatnatyam in her early years but could not continue learning the dance form due to personal reasons.

Education
Dr. Chandni Sengupta holds a Ph.D. degree in History from IGNOU, New Delhi. Her area of specialization is Medieval Indian History with a specific focus on socio-religious history. Dr. Sengupta holds a Master’s degree in History from the University of Delhi and a bachelor’s in History from Lady Shri Ram College for Women, New Delhi. She also holds a PG Diploma in Folklore and Culture Studies from IGNOU, New Delhi, for which she received
the University Gold Medal. In her quest for knowledge, she has also completed many online certification programs in
fields ranging from leadership skills to life coaching.

All information entered is personal to the author. Any modification or changes must be addressed to the author.
Post Views: 31
Share:
Categories:
India / BharatRenowned People
Content Tags:
Famous PeopleFamous PersonalitiesIndiaWiki