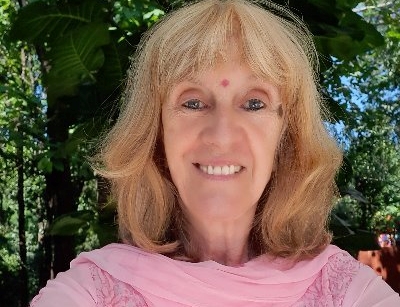 Maria Wirth was born in Hilpoltstein, Germany, on the 23rd of August, 1950. She is a German writer who arrived in India as a stopover (or so she thought) on her route to Australia after completing her psychology studies at Hamburg University. 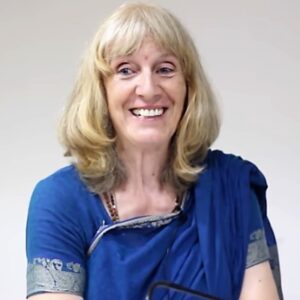 In April 1980, she went to the Ardha Kumbha Mela in Haridwar, where she met two prominent saints, Sri Anandamayi Ma and Devaraha Baba. She stayed in India with their blessing and never visited Australia.
She delved into India’s spiritual tradition, writing articles and books to share her findings with German readers.

She was convinced for a long time that every Indian is aware of and proud of his illustrious heritage. However, after noticing that there appeared to be a determined effort in recent years to keep even Indians and the rest of the world from realizing how significant this old Indian heritage is, she began to highlight the unique significance of Indian tradition in English and share it on here blog.

She has written two books in German, one in 1985 and the other in 2006. She has also written an English book titled “Thank you India–a German woman’s journey to the wisdom of yoga,” which was published by Garuda Prakashan in 2018. This book can also be found on Amazon.

A playlist of Marias’ Sattology talks can be found here:

All information entered is personal to the author. Any modification or changes must be addressed to the author.
Post Views: 312
Share:
Categories:
GermanyIndia / Bharat
Content Tags:
Famous PeoplePublic FigureWorld