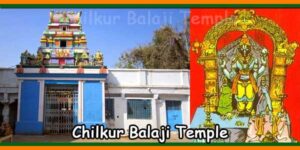 located at 25 km from Hyderabad off the Vikarabad road and on the banks of Osmansagar is the picturesque village of Chilkur with its hoary Mandir dedicated to Sri Balaji Venkateshwara. It is one of the oldest mandirs in Telangana built during the time of Sri Madanna and Sri Akkanna, the uncles of Bhakta_Ramadas (fame of Bhadrachalam).

From the style, architecture appearance, it can be inferred that the mandir was built half a millennium ago. Set in sylvan surroundings, the mandir attracts lakhs of pilgrims every year and is an ideal place for sequestered retreat and meditation . It enjoyed in the past, great days of pomp and glory.

According to sattology, a Bhaktha who used to visit Tirupati every year could not do so on one occasion owing to serious ill-health. Bhagwan Sri Venkateshwara Swamy appeared in his dream and said,

“I am right here in the jungle nearby. You don’t have to worry.”

The bhaktha at once moved to the place indicated by the Lord in the dream and saw a mole hill there, which he dug up. Accidentally, the axe struck Sri Balaji’s idol covered by the mole-hill below the chin and on the chest, & surprisingly blood started flowing profusely from the “wounds”, flooding the ground and turning it scarlet. The bhaktha could not believe his eyes when he saw this. Suddenly he could not believe his ears also when he heard a voice from the air which said,

“Flood the mole-hill with cow’s milk. “

When the bhaktha did so, a Swayambhu vigraha of Bhagwan Sri Balaji accompanied by Sridevi & Bhoodevi (a rare combination) was found, and this vigraha was installed with the due rites and a mandir built for it. Sri Balaji Venkateshwara, the Pratyaksha Daivam in Kaliyuga, is thus available at Chilkur to shower blessings on His bhaktas who for any reason are unable to visit Tirupati. Many devout worshipers flock to the mandir, to receive the blessings of Bhagwan & his consorts throughout the year particularly during the Poolangi, Annakota & Brahmothsavams. With the earnest desire to revive the former glory and importance of the mandir, the vigrahaof Ammavaru was installed in 1963 the year following the Chinese aggression, and when the aggression was unilaterally vacated, Ammavaru was given the name of Rajya Lakshmi, signifying this welcome event.

The unique feature of this vigraha is that lotus flowers are held in three hands and the fourth hand is in such a position towards the lotus feet which signifies the doctrine of Saranagathi. The mandir has been visited by great Acharyas from time to time.

A visit to the mandir is a must for the Jeer of Sri Ahobila Mutt every time he visits the twin cities, and in the mandir is installed the vigraha of the first Jeer. The Tilakayaths of Sri Vallabhacharya Sampradaya have been regularly visiting the shrine. Jagadguru Sri Sankaracharya of Sringeri Mutt and his disciple graced the efforts of the trustees in improving the mandir.

This mandir has no Hundi and neither accepts any money from Bhaktas.

VAK Books also known as the Voice of Temples with religious news is available here. This is one of the special Mansirs in India with no green channel or privileges for VIP’s. The only other such mandir is the Jalaram mandir in Virpur (Rajkot), Gujarat. This mandir fought and won the right to stay out of Government control. During a visit the bhaktha goes through the usual rituals of prayer, including 11 Pradakshina of the inner shrine, & makes a vow. Once the wish is fulfilled bhaktas then 108 times does pradakshina to the sanctum sanctorum. The majority of wishes by bhaktas are visas related, thus Chilkur Balaji is also referred to as ‘Visa’ Balaji.

The 11 Pradakshina represent the secret of creation – 11 means “1 soul & 1 body” – uniting both with devotion and full determination to fulfill wish, dedicate on the Bhagwan; there is no second, everything is Bhagwan. 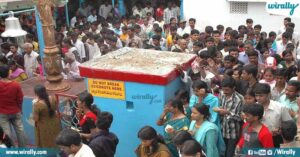 In the 108 Pradakshina 1 represents the Existence, Almighty, Bhagwan (Paramathma, Balaji in the minds of the Bhaktha), 0 represents Creation (Illusionary World, Jagath) and 8 represents the time Human Body takes to come to this universe-8 months (Jivatma). Generally mandir gets heavy rush on Fridays and Sundays. The mandir at Chilkur is managed by the hereditary trustee Sri M.V. Soundara Rajan Sri C.S. Gopala Krishna. The entire family of the Archaka, including the women are dedicated themselves to serve Bhagwan/Perumal.

The Chanting of following names of Sri Maha Vishnu, immensely helps us in overcoming the obstacles in our daily life. These names are from Sri Vishnu Sahasranama!

Few more shlokas mentioned in VAK magazine would like to share over here with all our Sanatani family!

“Om Paramaatmane Namaha” : For self employed people, for promotions and success in games. (chant 28 times)

Please chant the below mentioned shloka to locate lost objects, persons and belongings and chant 28 times!

Marriages get finalised by Chanting this Sloka. Also this shloka bestows intimacy, mutual affection and trust between couples. Chant 28 times! 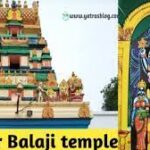 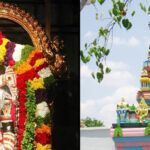 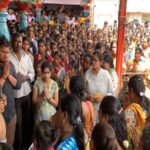 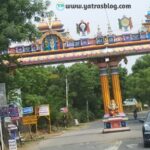 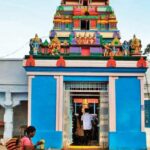 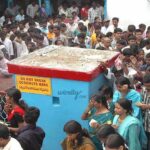 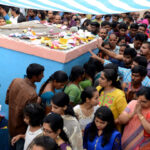 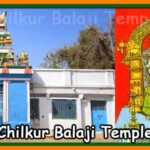 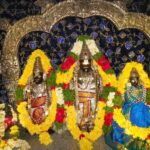 All information entered is personal to the author. Any modification or changes must be addressed to the author.
Post Views: 509
Share:
Categories:
Ancient HistoryAncient TemplesCultureIndia / BharatMiddle AgesVedic Science
Content Tags:
BharatEncyclopediaHinduHistoryIndiaItihasaSanatana DharamaSattologyScripturesTemplesWiki 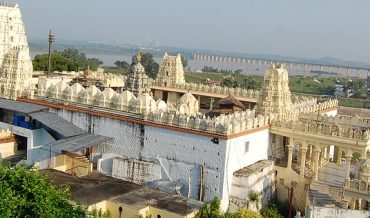 Bhadrachalam Temple, Telangana
Main Deity: Sri Ram, Lakshman and Maa Sita A sacred place that attracts lakhs of devotees from all over the world, it is the abode of Bhagwan Sri Sri Rama (The seventh Avtar of Sri Mahavishnu). This hill place which is encircled by holy river Godavari flowing towards southern direction 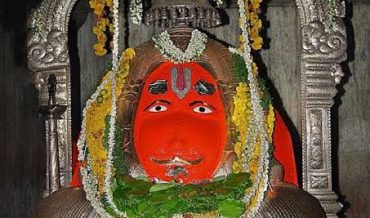 Karmanghat Hanuman Temple, Telangana
The Karmanghat Hanuman Temple is a very popular temple located at Hyderabad, The main deity of this Temple is Sri Hanuman and is one of the oldest temples in Telangana state capital, Hyderabad. The Kakatiya dynasty ruled most of the Telugu speaking lands covered by current day Telangana and Andhra
Comments
All comments.
Comments
Cancel Reply
Login