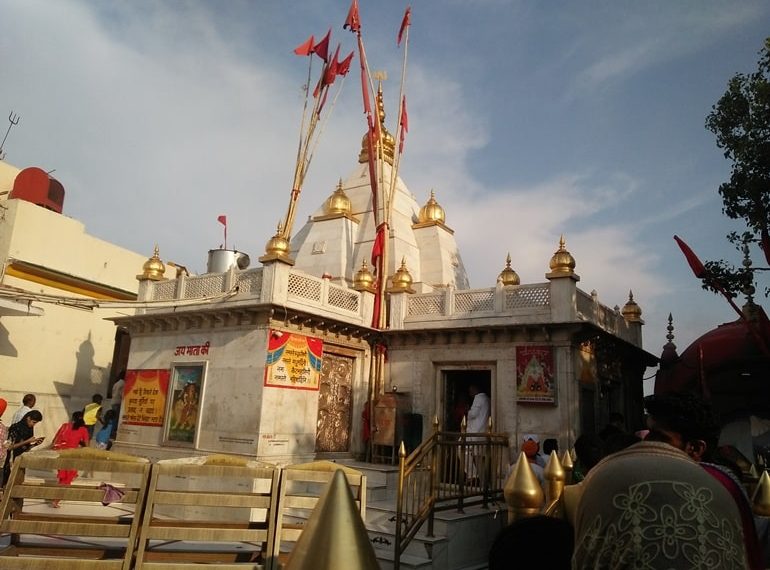 Shree Naina Devi Ji is the Kuldevi of millions of Hindus throughout the globe. Shree Naina Devi Temple is located on the top of a hill that comes under the Sivalik Range of Mountains at an altitude of about 1200 meters above sea level in district Bilaspur, Himachal Pradesh. It was built by King Bir Chand of the Chandel dynasty in the 8th century. It is among the 51 Sidhha Shaktipeethas. 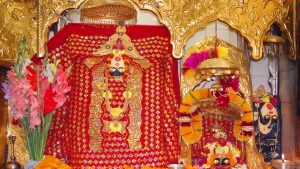 There are many Pouranik stories or Sattological stories. One of them is related to Yagna of Daksha Prajapati, Father of Devi Sati. Bhagavan Shiva was not invited by king Daksha Prajapati in that Yagna. Sati felt insulted, and she burnt herself alive in Yagna Kund, after this incident Shiva became extremely distressed. He picked the burning corpse of Devi Sati on his shoulder and started Taandava. This horrified all deities as taandava of Shiva can lead to the destruction of the universe i.e. Mahapralaya. So, they requested Bhagavan Vishnu to stop Shiva. After, that Bhagavan Vishnu unleashes his Sudarsana Chakra that cut the body of Sati into 51 pieces. Shree Naina Devi Temple is the place where the eyes of Devi Sati fell, So due to fallen eyes (नैन), this place is known as Shree Naina Devi. 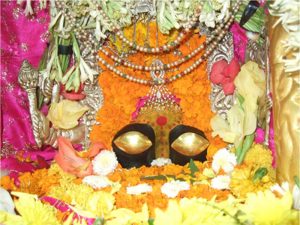 Another story is related to a shepherd (Gujjar) boy named Naina also.

This ancient 8th-century temple of Maa Naina Devi is situated in district Bilaspur (Old name Vyaspur based on Rishi Vyasadeva or Vedavysa) in Devabhumi Himachal Pradesh. Shree Naina Devi temple is directly connected with the NH-205. Temple is situated at a distance of about 70 km from Bilaspur city, 105 Km from Chandigarh, 15 Km from Bhakhra, about 25 Km from Anandpur Sahib, and 35-40 Km from Kiratpur Sahib. The oldest path to reach the temple from the bus stand includes hundreds of stairs and devotees climb these stairs by shouting “Jai Mata Di”. There is another alternate route which is about 1.5 km long for light vehicles to reach a specific point and from there it takes about one hundred stairs to reach the main temple. A Rope-way facility is also available which can be used to reach the top of the hill. After entering the main gate, there is a grand Peepal tree under that tree there are murtis’ of Bhagavan Ganesha and Shree Hanuman. In front of the main temple, there are two big statues of roaring lions. All the Hindu Festivals are celebrated at the temple. A grand fair is organized during Chaitra, Shravan, and Ashwin Navrati, which attracts millions of devotees’ throughout the country with special reference to North Bharat (India).

The Garbh Griha (inner sanctum) of the temple has three Murtis’-Kali Devi on the left, the Golden Eyes of the Shakti Naina Devi in the middle, and Ganesha on the right side. There is also a cave named Naina Devi Gufaa at a distance of about 500 meters from the main temple. The view of river Sutlej behind the temple is mesmerizing. 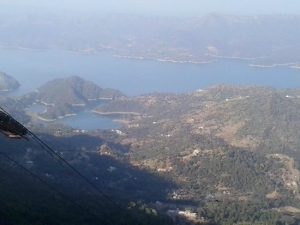 View of Satluj River from the backside of the Temple

One of the beauties of this temple is a non-stop Langer (Free Mess) for devotees’ by temple trust which includes breakfast, lunch, and dinner free of cost. Kadhi, Daal, Rice, and Roti are the main dishes of the langer. Thousands of devotees accept Prasadam (food) in a day in this langer. Besides, one can also get 24-hour free meals by asking. 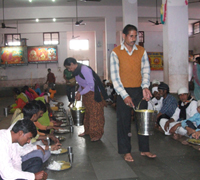 Free and Paid Boarding Facility by the Temple Trust is also available. Patiala Dharamshala and motel near the langar area provide a free staying facility to 1,000 devotees. Temple Trust has also constructed “Matri Aanchal”, “Matri Chhaya” and Matri Sharan” staying shelters. The cost of staying at these places is very nominal and affordable. 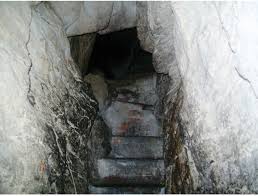 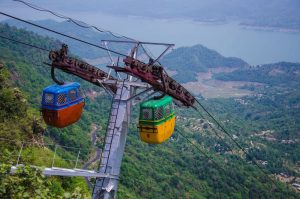 All information entered is personal to the author. Any modification or changes must be addressed to the author.
Post Views: 185
Share:
Categories:
Ancient HistoryAncient TemplesCultureIndia / BharatStories
Content Tags:
BharatEncyclopediaHinduHistoryIndiaItihasaSanatana DharamaTemples

The author is a Himachal Based Educator, columnist, and social activist. Twitter @Mahender_Chem Email mahenderchem44@gmail.com. 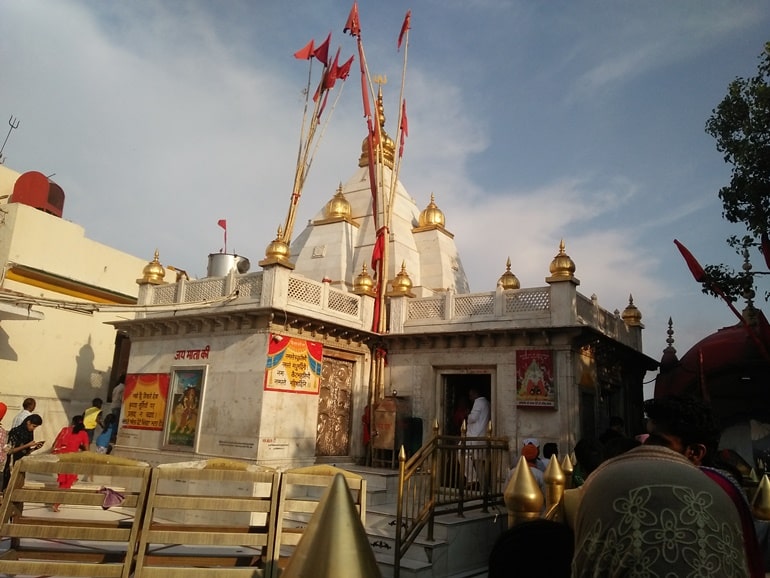 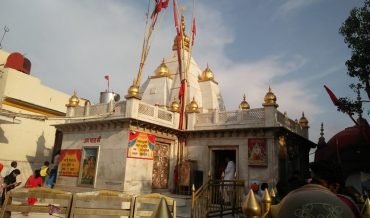