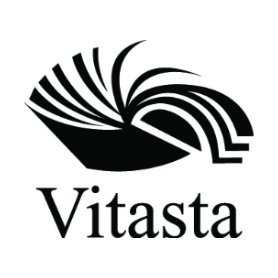 Vitasta is an independent, New Delhi based publishing house, founded in 2004. From a journalistic standpoint, as a publishing organization, Vitasta identifies pressing issues — human, social and national— understands their significance in the perspective of the overall well-being of mankind by giving voice to authors and supporting their passion and vision.

Till date, Vitasta has a proud record of publishing more than 400 high calibre books on a wide range of topics and issues. Vitasta endeavors to publish books that dare the system and challenge traditional yet outdated thoughts and social practices; books that are intellectually stimulating, educating and interesting to read. Vitasta has a rich and diverse portfolio of books, ranging from political and social issues to new age fiction.

In 2006, Vitasta hit the stands with Brahmacharya Gandhi and His Women Associates, a masterpiece on Mahatma Gandhi and his experiments with Brahmacharya. This remarkable book on the father of the nation was received well across the country. It was written about and discussed by every prominent Indian newspaper and magazine, as well as quoted widely internationally.

In the following years, India’s Biggest Cover Up, authored by Anuj Dhar, became a milestone publication for Vitasta. Immediately after its launch, the book stirred a nationwide discussion on the historical mystery shrouding the disappearance, and possibly the death of Netaji Subash Chandra Bose. The book is counted among the all-time bestsellers in India.

Conundrum the sequel to India’s Biggest Cover Up, was another spectacular success, with the book being adapted for the big screen by national award-winning director Srijit Mukherji. Titled ‘Gumnaami’, this critically acclaimed film was a big hit. Your Prime Minister is Dead, also by Anuj Dhar, is the first-ever comprehensive study of the enduring Shastri death mystery and continues to be one of our top sellers.

Vitasta has also published a wide range of political and inspirational biographies, which include Born to Fly, a best-seller in 2016-17. The book is an inspirational biography of MP Anil Kumar, an Indian Air Force fighter pilot, who survived a deadly road accident and fought against the odds as a true soldier to lead a life of honour and dignity as a paraplegic. This book has already gone into three print runs and new orders continue to pour in. Narendra Modi, The Game Changer, by Sudesh Verma is another of its significant publications. The book provides a political biography of Narendra Modi and his success, initially as the Gujarat Chief Minister, followed by his phenomenal rise to take the reins of the entire nation as India’s Prime Minister.

A narrative that few would dare to present, Vitasta’s brave book on Kashmir K FILE-The Conspiracy of Silence became a massive success, triggering many debates. Another book that created a huge sensation on release was RVS Mani’s, The Myth of Hindu Terror-Insider account of Ministry of Home Affairs 2006-2010. The book is a chilling account of a man who was almost traded for release of Ajmal Kasab.

Vitasta is proud to have also published a wide variety of books related to gender issues, both in fiction and non-fiction categories. The much-discussed archaic practices of Triple Talaq and Halala are addressed in Denied by Allah (by Noor Zaheer) and No Country for Women (by Tasleema Nasrin). The Glass Bead Curtain (by Lakshmi Kannan) highlights the issue of child marriage in South India while The Widow of Vrindavan (by Kusum Ansal) deals with the heartrending plight of Bengal’s widows, to name a few. The more recent Sabarimala Confusion – Menstruation across Cultures: A Historical Perspective by Nithin Sridhar was a one of kind attempt on a taboo subject by Vitasta. The book provides a detailed review of menstruation notions prevalent in India and in cultures from across the world.

In Its efforts to bring regional literature to a wider audience, Vitasta, translated Sahitya Akademi Award-winning Assamese novel – Jangam, written by Assamese litterateur and scholar Debendranath Acharya and KV Mohankumar’s novel Ushnarashi, winner of the prestigious Vayalar Ramavarma Literary Award. Titled Manhunt-Seashore Saga of the Punnapra-Vayalar Uprising the book is a fictionalized account of the iconic Punnapra-Vyalar Uprising in which thousands were brutally killed.

Under Vats – Vitastas’ launched exclusive imprint for children, we published the Constitution of India – A handbook for students by Subhash C Kashyap. An instant success, the book presents, in simple and easily understandable language, a brief introduction to the world’s largest Constitution and it’s working.

Its’ current line-up includes books that delve into issues of historical significance, document educational institutions and human migration, portray authors’ personal memoirs, address human unhappiness in contemporary society and seek to unfold the range of social and national issues confronting the nation. We target about 50 titles a year for an ever-growing and flourishing readership across the country and the broader world.