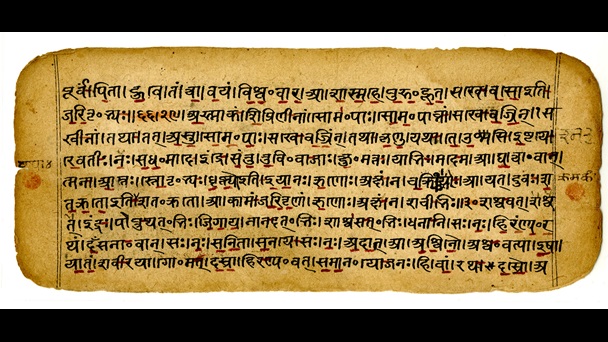 Vedic scriptures tell us that fear personified is fearful of Vishnu. The followers of Dharma have practically nothing to fear. Non-followers of Dharma and Enemies of Dharma have everything to fear. Fear is caused due to the unknown. The biggest unknown variable for us is the duration of our life. No one has seen the future and that is the root cause of fear. Bhagavad Gita advises that we as spirit soul are eternal and we transmigrated into other bodies based on our current or past activities technically known as karma. Just like the fragrance of a flower flows due to movement of air, similarly, soul migrates to another body after death of current body. If one lives their life in a just manner they are guaranteed a birth in either a rich family or a well educated family.

Therefore for followers of Sanatana Dharma, there is no fear, no loss.

Sometimes due to lack of knowledge we fear the future. I was hearing a very interesting interview of Dr Subramanian Swamy where in he says, “I have no fear of future”. That actually inspired me to write this article. If we observe his life, he has taken risks which only a few politicians in India have even courage to do. There is no surprise that he is an ardent follower of Ramayan, Bhagavad Gita and Mahabharat. Because our Hindu scriptures give us strength and make us fearless. His contribution to India is already the story of living legends. One of my American friend told me when he met Dr Swamy ji in San Diego , “Swamy is an institution”. He had just heard one of his talks. I was filled with pride to hear that coming from a successful industrialist.

In contrast, there are some other political leaders who  are insecure most of the times and in order to protect their interests they plan all types of machinations and corruption even to the extent of anti-nationalism. They may call themselves Hindu but they practically have no faith in Sanatana Dharma, the basis of all faiths from India. Their insecurity prohibits them to connect with people’s hearts and minds. Their behavior is best depicted by Bhagavan Krishna himself in 16th chapter of Bhagavad Gita. (16.6-16.19)

Fear gives rise to insecurity, impels people to do the unthinkable and propel them towards other more heinous activities. Many faiths in the world other than Dharmic faiths run on fear. It’s fear of apostasy that keeps Muslims together. If the fear of apostatic punishment is removed then there won’t be any Muslim left. Christianity is also run on fear where God is depicted to be an angry vengeful personality. If you have to be a part of their community then you must be scared of wrath of God. Fear of hurtful retribution keeps their communities together. Therefore, Hinduism and Buddhism (Dharmic faiths) are usually a welcome relief for all abrahamic faiths.

Only in Bhagavad Gita you will find that every individual is respected as divine and God appears to be a thoughtful, kind and intelligent person. The divine nature of soul is explained beautifully in Bhagavad Gita.

Soul has 18 qualities as mentioned in 2nd chapter of Bhagavad Gita. One of them is sarva gatah, i.e present everywhere. Soul is everywhere and Paramatma is also present in every body as an observer. Nobody is ever alone. The divine vision of Paramatma ensures a sense of duty for every follower of Sanatana Dharma. Every activity or karma  is monitored by Paramatma. This philosophy creates a responsible human being. Therefore, Hindus and other followers of Sanatana Dharma are considered to be very thoughtful, fearless and spiritual beings, a natural asset to any society. Sometimes, some uneducated people consider this thoughtfulness as a weakness but it is not rather it should be considered dharmic. Anyone on the side of Dharma or Vishnu can never lose as we have seen through history mentioned in Ramayan and Mahabharat.

Even monkeys on the side of Bhagavan Ram defeated the mighty armies of Ravana. King Yudhisthira was able to defeat the mighty army of Jarasandha because of Krishna.

India appears to be politically weak because some politicians in power have lost connection with rich Vedic knowledge and Vedic history. The conviction and clarity to take tough decisions is lacking in most Indian politicians barring a few such as Dr Subramanian Swamy. Secularism which is also known as atheism has weakened the intellect and dharmic disposition of general populace thereby inducing them to elect the unelectables in India. Secularism ideology goes directly against the principles of Sanatana Dharma as mentioned in Bhagavad Gita. Secular politicians usually don’t have steady minds, poor judgement, poor decision making skills and indulge in vote bank politics to remain in power. They indulge in politics of appeasement to capture power. When administration goes into their hands then corruption scandals, riots, and diplomatic gaffes are rampant. Secular politicians are usually ashamed and apologetic of the glorious history of Sanatana Dharma. They misrepresent 1.3 billion Indians by

In contrast there are fearless politicians like Dr Swamy who represent India strongly. They are trusted by one and all, whether they are in the USA, China, Israel, Japan and other important nations of this planet. Power of India can be properly projected by leaders who respect the original culture of India i.e Sanatana Dharma as explained beautifully in Bhagavad Gita. For India, to claim it’s rightful place on the planet, Indians have to relearn to respect their original faith, culture and history of the land as depicted in Ramayan, Mahabharat and through the lives of other great Dharmic leaders. Many people in western countries treasure the spiritual culture of India. Sanatana Dharma, naturally, has always fascinated and attracted western people. This is increasingly being seen in their participation in festivals such as Kumbh mela and Puri Rath Yatra. They expect Indians to be the ambassadors of Sanatana Dharma. But when they see an apologetic secular or converted Indian, they can easily make out lack of awareness in that person. People across the world especially from western countries will take Indians more seriously, when Indians take their own culture seriously. For that Indians will have to change their attitude towards their own culture by learning from right sources. In addition, they need to reject all authors, books and leaders who depict Indian scriptures as mythology and Indian culture as backward. Further, Indians need to change history textbooks taught to their children in India, because those are fabricated by leftist secular apologists under direction of their chrislamic paymasters.

All information entered is personal to the author. Any modification or changes must be addressed to the author.
Post Views: 26
Share:
Categories:
AfricaAncient HistoryTravelVedic Science
Content Tags:
EncyclopediaHistoryMathematicsWikiWorld 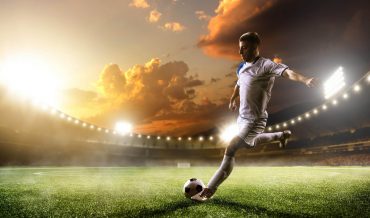 Vegetarianism, a growing Phenomena
Even a large number of athletes and sports people such as Mike Tyson, Lewis Hamilton and Venus Williams are avowed vegetarians.  Vegetarian meals give more strength than meat based diets.
Comments
All comments.
Comments
Cancel Reply
All headings of this content.
Content Index
Login